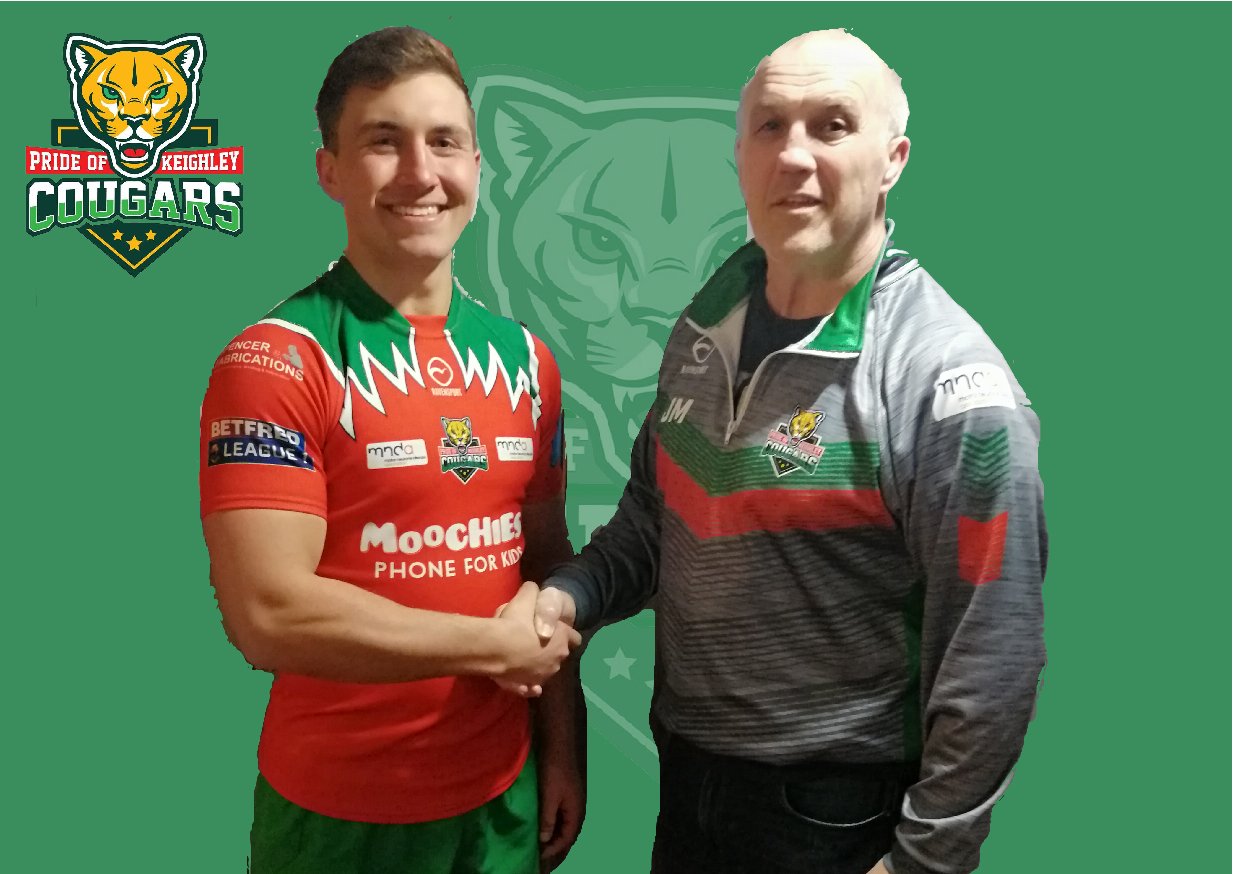 Keighley Cougars have confirmed the signing of winger Taylor Prell.

The speedster was previously at Warrington but has now joined his local club on a two-year deal.

A cross-code product, the 22-year-old made his rugby union debut aged 18 for Yorkshire Carnegie and made 34 appearances, representing England at under 18 and under 20 level.

Keighley head of rugby Gary Moorby said: “We are excited to have secured the signing of 22-year-old Taylor.

“He has an impressive pedigree in rugby union having played at international level for England.

“We are confident he will fit in well with the future plans at Cougar Park, as a winger or fullback he is a great addition to the squad.”