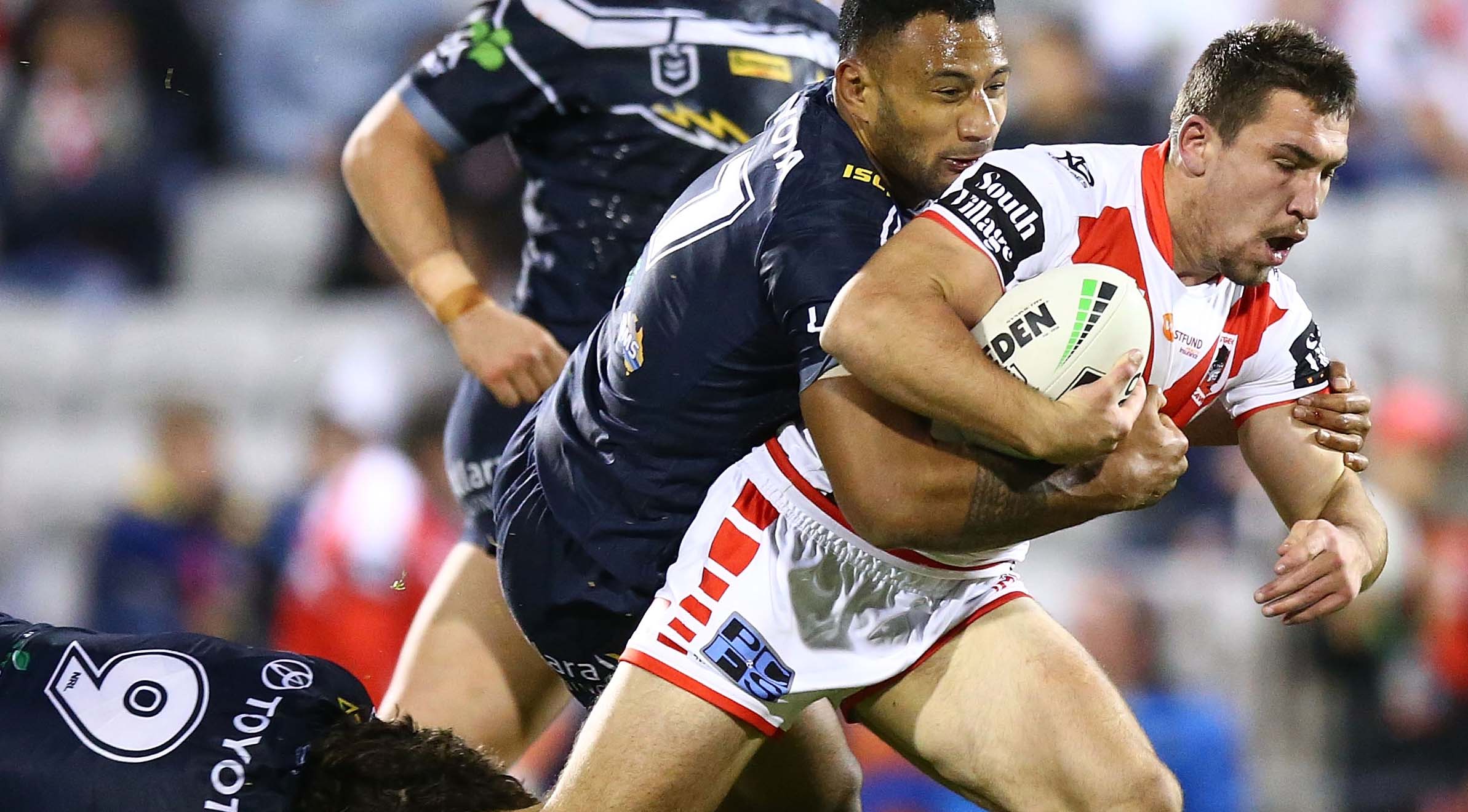 St George Illawarra Dragons came from 10-0 down to earn only their second win in eight games; 22-14 over North Queensland Cowboys.

The Cowboys started the scoring with Jordan Kahu’s penalty then the first try came on 17 minutes when good play from Michael Morgan and Kyle Feldt helped Tom Opacic score.

After an error from Matt Dufty, Scott Drinkwater showed his blistering pace on debut for the Cowboys in scoring their second try.

Down by ten, the Dragons needed a try before half-time and they got one when Mikaele Ravalawa got on the end of Ben Hunt’s grubber kick.

Dufty’s try, off Corey Norman’s then gave the Dragons the lead early in the second half which was extended with 12 minutes to go by Euan Aitken’s score.

Jacob Host slid across the line for the Dragons with seven to play as they looked to seal a much-needed win. But Opacic’s second try of the game for the Cowboys gave the visitors hope but they weren’t able to get within a score.