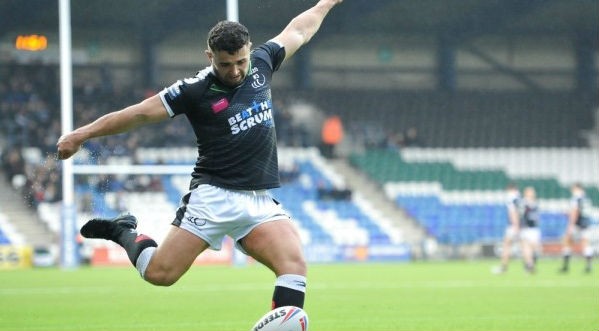 Jack Owens has signed a new one-year deal with Widnes.

The academy product has been one of the Vikings’ star performers during their first year back in the Championship, scoring 17 tries in 29 appearances.

Owens returned to the club after a spell at St Helens and was voted as the fans player of the year at the club’s recent end of season awards evening.

His retention comes as a boost to the Vikings, who are preparing for a big overhaul in playing personnel as the club transitions into part-time status.

“I’ve been speaking to Phil Finney for a while, so to get the contract signed once we were out of Special Measures and be able to look forward now, it’s great.

“This year has been an enjoyable one for me personally. I wanted to come in, rip in during pre-season, and prove myself again to everyone here.

“This year was topped off by getting to Wembley, and then on Monday night when I won the Fans Player of the Year award.

“I didn’t want to leave this club this year, and I love playing for Widnes. My family and I have supported this club for their whole life, and I’m buzzing I get to carry on playing here.

“When I signed last year, I wanted to help us get back to Super League. It’s going to take a few more years than we probably expected it to, but we’re going to rebuild and work as hard as we can over the next few years to do that.”