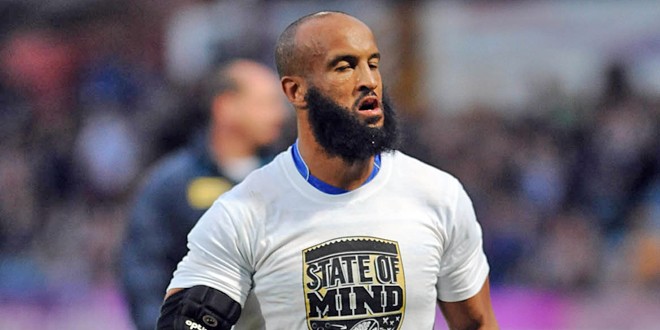 The Rugby Football League has today launched a new report that it claims demonstrates its role as the leading sport in providing significant social capital through sporting and volunteering opportunities in core disadvantaged communities.

Social capital broadly refers to such things as interpersonal relationships, a shared sense of identity, a shared understanding, shared norms, shared values, trust, cooperation, and reciprocity in social groups within society, although a single definition is difficult to agree upon.

But the ‘Dividend Report’, commissioned by the RFL and undertaken by the Sport Policy Unit of the Business and Law Faculty at Manchester Metropolitan University, is the first in a new series of ‘Rugby League Impact Reports’ that the RFL is intending to produce in order to demonstrate its positive role in society.

The aim is to set out the specific and measurable contribution of Rugby League clubs and charitable Foundations to local economies, as well as its impact on community cohesion and the health, wellbeing and aspirations of children, young people and adults who play and volunteer and access wider opportunities delivered under the Rugby League umbrella.

The Dividend Report considered the array of services and opportunities offered through the charitable Foundations of professional clubs and via grassroots clubs, from education to mental health, dementia support, diversionary activity that reduces crime, alongside exercise, healthy eating, and all formats of Rugby League. It valued Rugby League’s social impact at over £185 million per year, and the total annual economic impact of Rugby League exceeds a further £141 million a year.

Andy Burnham, the Mayor of Greater Manchester, has championed the Dividend Report in his voluntary role as RFL President in 2018-19.

He said: “I am delighted that, on behalf of the sport, the RFL has embarked on a series of independent research and insight activities, to demonstrate in particular the social impact of Rugby League. This Rugby League Dividend report is the first in the new RL Impact Series.

“I am committed to sharing the story of how this authentic sport delivers a huge range of social and economic benefits – the Rugby League Dividend – in its core communities in the North and beyond. This report highlights the central and varied role that clubs and charitable foundations play at the heart of their communities in providing vital social hubs and outreach activities which extend far beyond the provision of regular sporting opportunities for children, young people, women and men; and the considerable value of those services and activities.

“The return on investment in Rugby League is a significant social return which can be measured and which makes a positive difference to people’s lives. I am particularly pleased to see the contribution that Rugby League makes to social mobility brought to the fore in this report. And I look forward to the next in the RL Impact Series, which will look at the social value of the exciting growth of Women’s Rugby League.”

Andy Burnham was joined in presenting the Report today by Jamie Jones-Buchanan, of Leeds Rhinos and England: “As a Super League and England player I can say that the sport has given me a great deal. Even more in my role with a Rugby League Foundation I see first-hand the powerful differences the sport makes to huge numbers of people in communities like my own. It is the social glue that still binds us together in communities where much has changed and some can feel marginalised. It cares for people and opens eyes to opportunities on and off the pitch. We are on the ground, real and relevant. Investment in Rugby League helps clubs and Foundations play even more of these vital roles in communities and helps level the playing field when people face disadvantage and challenges in life.”

In addition, the Rugby League World Cup in 2021 will see some of the most innovative social impact assessment work ever undertaken in sport. RLWC2021 will undertake evaluation of the impact of the legacy programmes that are collectively known as “InspirationALL”, assessing the wider impacts as InspirationALL develops, and to measure its effectiveness before, during and after the tournament in 2021. This research is being funded by RLWC2021, Sport England and UK Sport to provide evidence and insight for all future major sporting events.