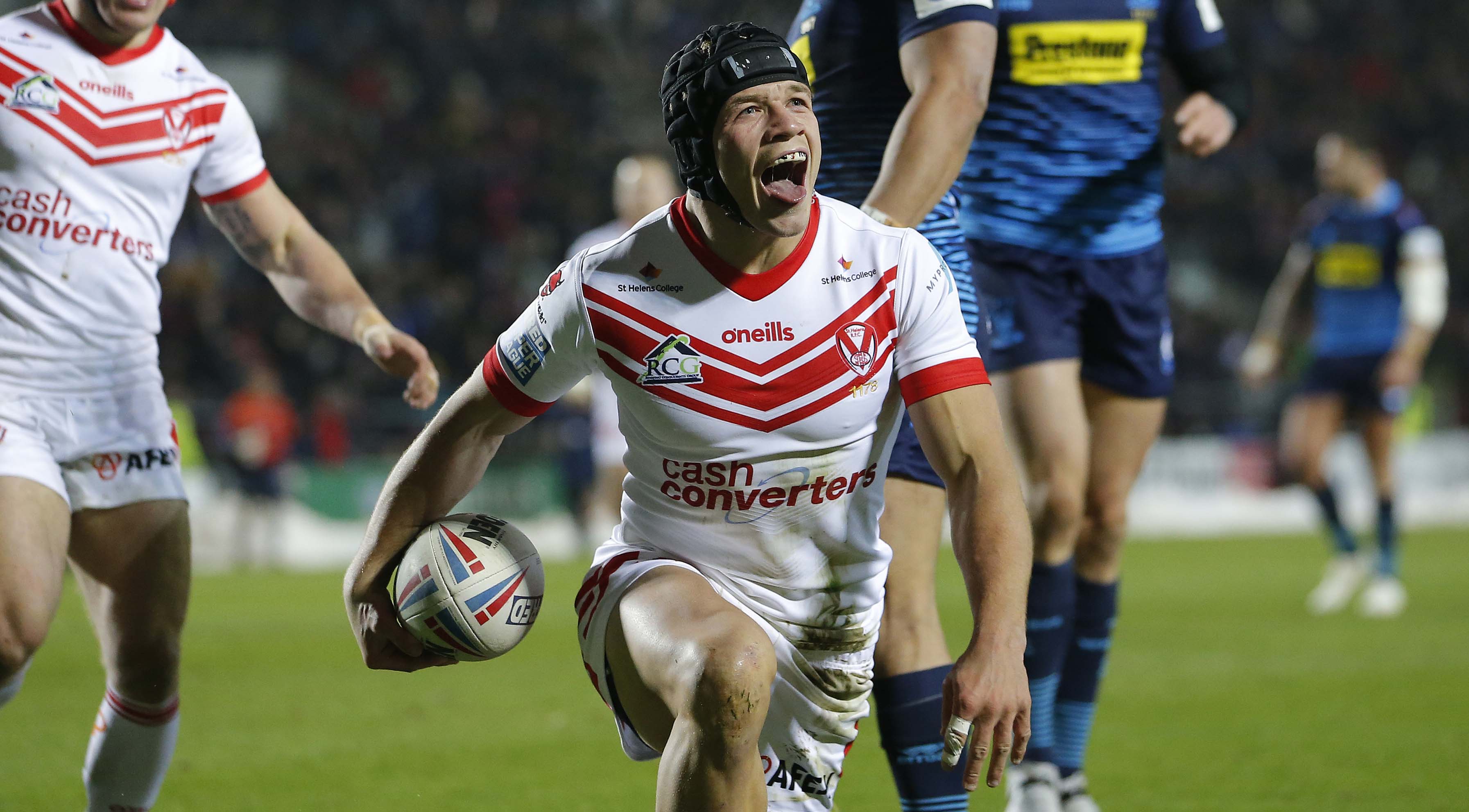 Jonny Lomax still remembers the darkest days like they were yesterday. For many rugby league players, the chance to represent your hometown club in a Challenge Cup final is the pinnacle of a career: but for Lomax, Saturday is going to be extra-special, you suspect.

Lomax, like the rest of his St Helens team-mates, have had to wait too long to walk out at Wembley in the eyes of many. That wait finally ends this weekend against Warrington, but given how the 28-year-old was facing up to life away from the sport amidst a multitude of devastating injuries just a few years ago, there is no surprise when you hear him speak so passionately about realising a childhood dream.

“You don’t really get to make these memories anywhere but Wembley, do you?” Lomax says when asked about this weekend. “My earliest memories I cherish are 1996 and 1997, driving down to the old Wembley with all my family. We dug the photos out recently of me with my little Saints flag, and my sister sat on my dad’s knee. It’s special. It’s going to be special again.”

The England international is arguably the best stand-off in Super League at present: a far cry away from the days laid in hospital beds fearing that his career wasn’t only over, but his life had changed forever. Successive long-term injuries to the same knee are enough to finish most careers: a notion Lomax admits crossed his mind on more than one occasion.

“When I did the knee again, I told my family I just couldn’t face the rehab all over again,” he admits. “The thought of not playing again and what you’re going to do away from the game crosses your mind very easily. I even thought I wouldn’t get the second knee operation, but then you have to think about quality of life.”

Not only did Lomax have the second knee operation, but he suffered a setback almost immediately after that. “I had it done and it got infected,” he admits. “I was on a drop for six weeks, and to have it cleaned out again, all sorts was racing through my brain. When you’re stuck in that hole it’s very easy to fear that you’re done, and you can’t get back to where you were no matter how much you want to or not.” 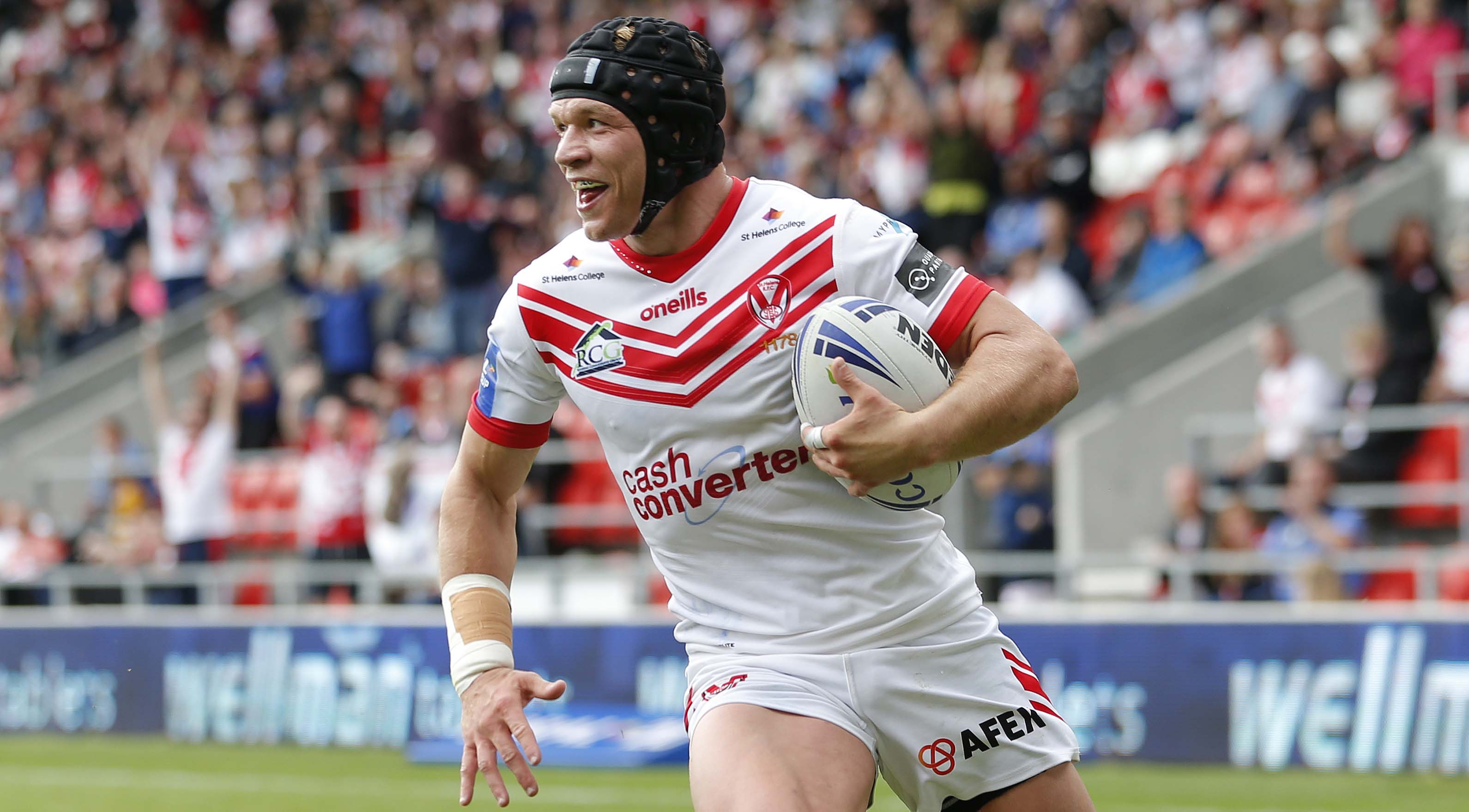 However, Lomax persevered. He enjoyed a memorable comeback after battling back from his second knee surgery, and has since gone to establish himself as one of the most consistent halves in the country, particularly since Justin Holbrook’s arrival.

The critics are already suggesting that if the Saints fall short again this weekend, they are in great danger of failing to fulfil the legacy many believe they deserve. Lomax agrees, and concedes that after failure in league and cup semi-finals last year, St Helens have to show they belong on the grandest stage of all on Saturday.

“They’re the ones you’ve got to win, and we know that,” he admits. “If you miss out you get remembered for the wrong reasons and are known for something far less complimentary. Nobody will remember the Liverpool side of last year in terms of the Premier League, because they came up short, didn’t they? As players, we’ve been quite good in that we’ve not really got caught up in the hype, but you’ve got to put the silverware alongside the great style of play and the great wins. We have goals, and those goals are winning things. If you can’t do that.. then you’ve failed.”

After witnessing the Saints play at Wembley as a child, the prospect of ending the club’s 11-year wait to reach the final is clearly something Lomax is keen to enjoy. “I dreamed of it as a kid, but after so much adversity, I don’t look that far ahead. I’ve had setbacks, further setbacks and monumental roadblocks. I take things slowly, don’t get too worried about what’s down the track and focus on the here and now. This is a week to savour, it’s a moment to enjoy and hopefully come Saturday evening, there’s a piece of silverware to savour, too.

“For the support network who has got me through so much rubbish, this is for them. I owe them all so much.. and the best thing I could do is help bring that trophy back home.”