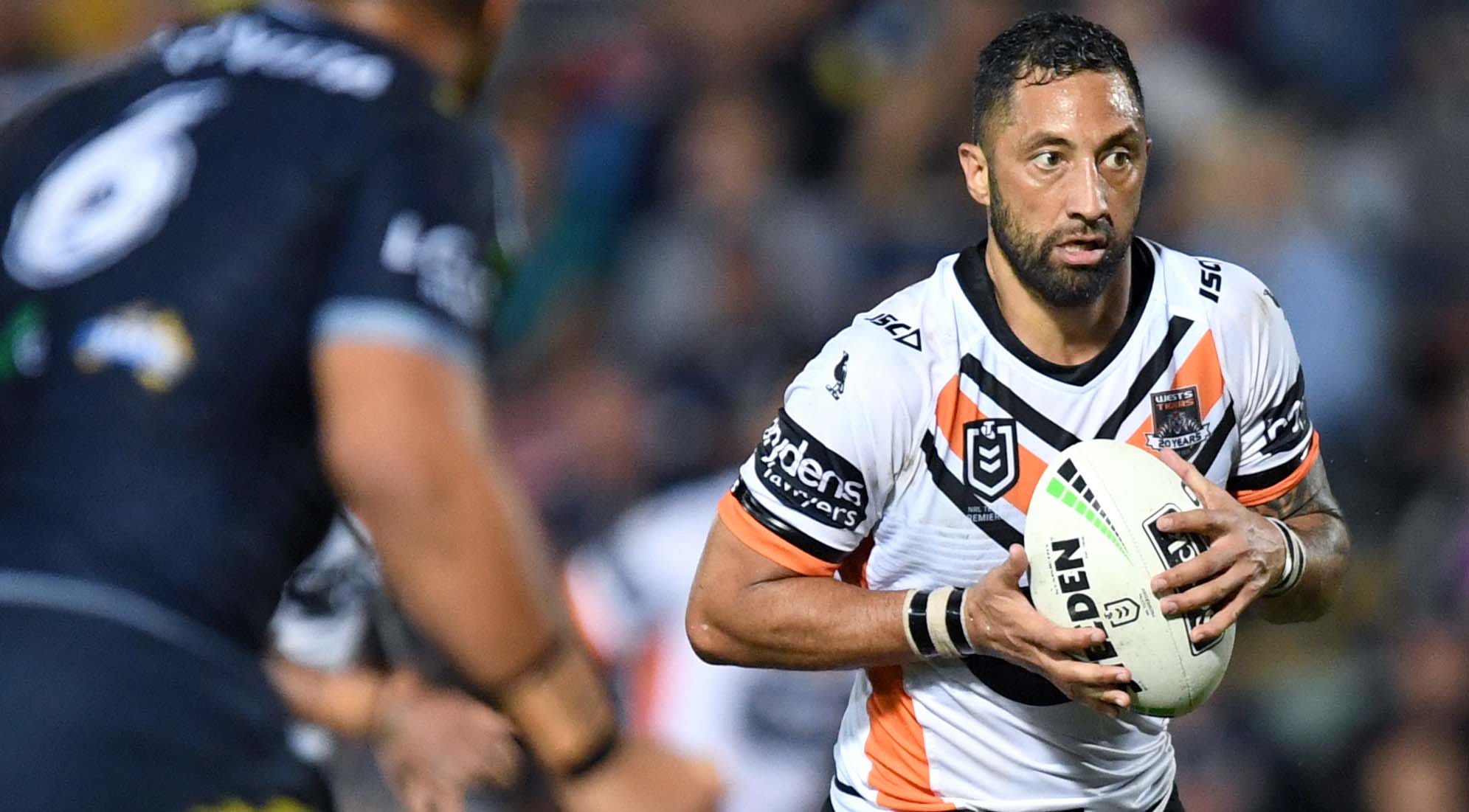 The Tigers, after failing to score in their last game, were on the board early when Corey Thompson’s offload to Moses Mbye split the Cowboys allowing Michael Chee-Kam to score the opener. Then a kick from Luke Brooks was dropped by Javid Bowen into the arms of Ryan Matterson for Wests’ second try in the opening ten minutes.

It looked like the Cowboys had settled into the game but a counter-attack, started by Mbye was finished by a powerful run from David Nofoaluma as Wests pulled further in front.

Then after the break, the Cowboys levelled the scores in the third quarter. A poor pass from Jake Granville fell kindly for Morgan for the home side’s second try. Then Jake Clifford’s kick was dropped by Thompson allowing Javid Bowen to ground the ball in the in-goal. Clifford’s penalty made it 20-20.

A cracking pass from Morgan to Feldt finally helped the Cowboys hit the front but when Chee-Kam was taken high when approaching the try line, the Tigers were rewarded with a penalty try which regained them the lead.

Another penalty from Clifford sent the game into golden point but it was the Tigers that dominated after the full-time whistle allowing Marshall to slot the winning field goal.