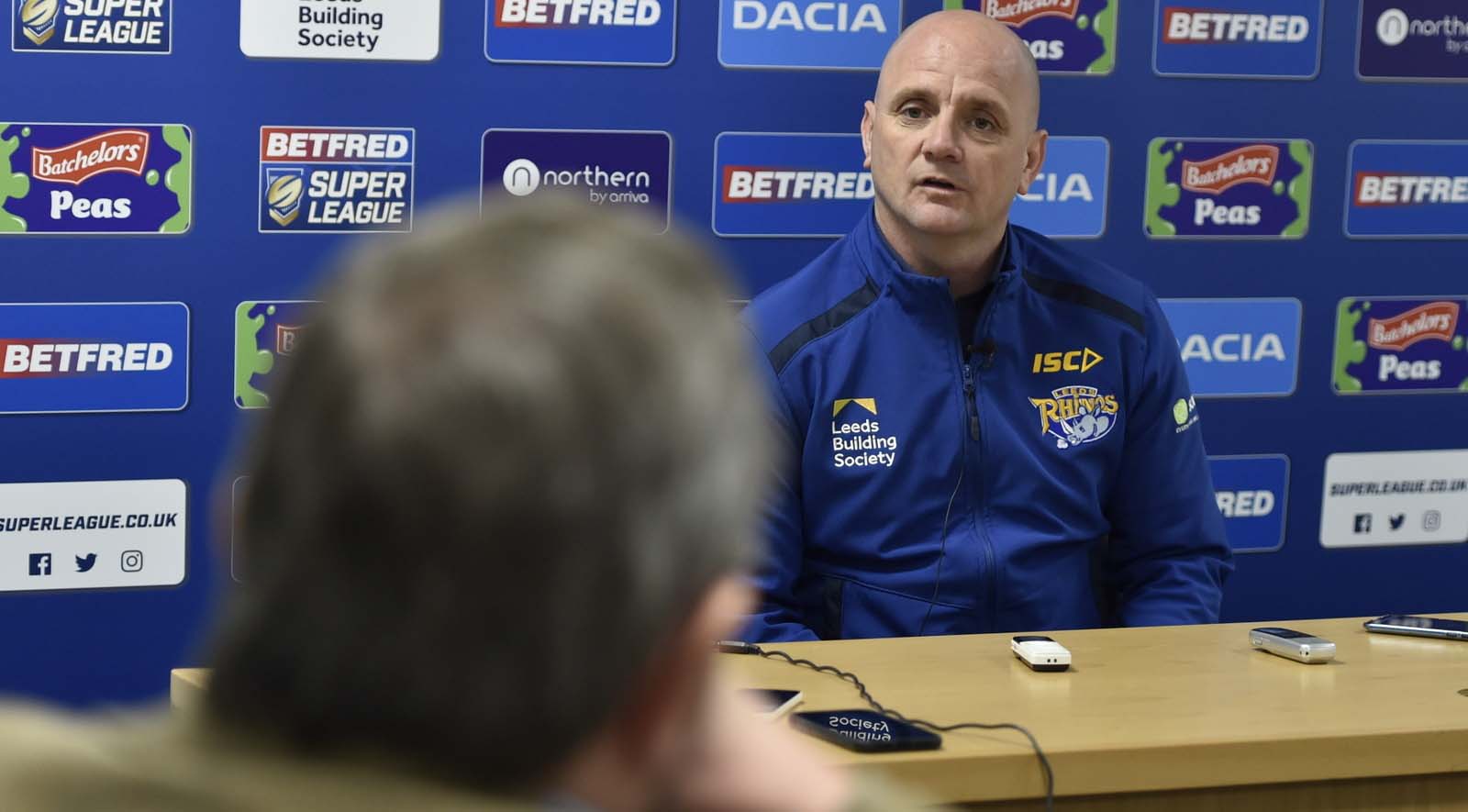 Richard Agar appears set to become the permanent head coach of Leeds Rhinos after admitting he has held positive talks with Gary Hetherington and Kevin Sinfield about the role.

Agar has been in interim charge for a number of months, and has guided the Rhinos to Super League safety after taking charge following Dave Furner’s sacking.

And he told Sky Sports on Thursday night that while nothing is yet confirmed, he has been encouraged by the discussions that have taken place with the club’s hierachy.

“I sat down with Gary on Monday night and subsequently had a couple of meetings with Kevin on Tuesday and Wednesday,” he said. “Obviously we’ve a game tomorrow (Friday) so I can’t say anything has been finalised but just that the talks have been really positive.”

Agar has also admitted he is now more keen to take the role on a permanent basis, saying.

“I’ve felt a lot of support from within the club,” he said. “I’ve felt quite comfortable and relaxed in the job and I think I’ve seen some progress from the guys.”