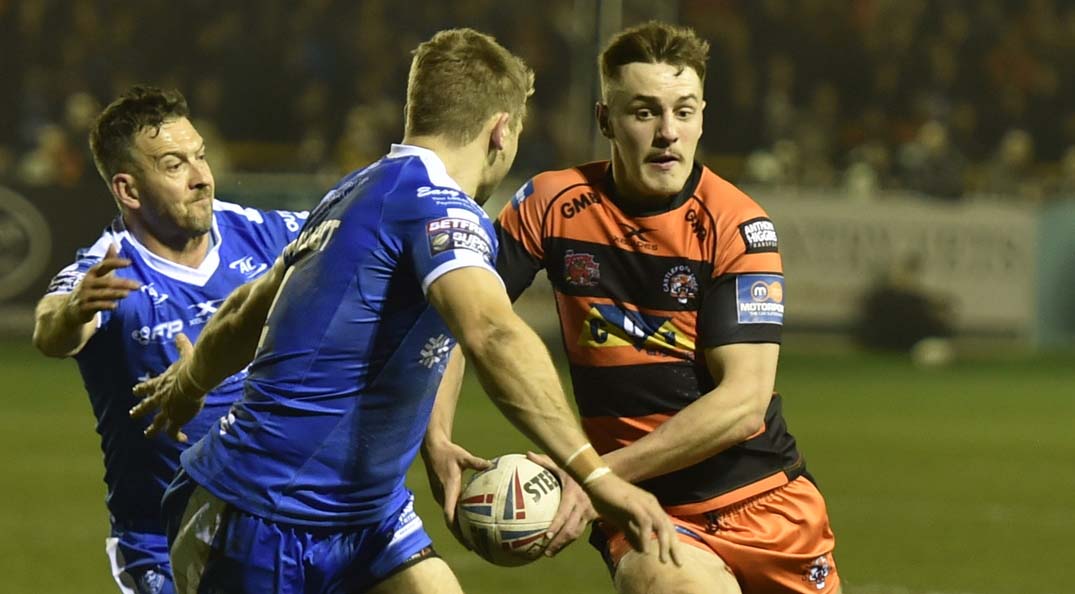 Jake Trueman inspired Castleford to victory as his hat-trick of tries sent the Tigers into the top five following a 44-12 victory over Hull FC.

The 20-year-old put on a clinic to fire Castleford into the play-offs at the expense of Hull FC, who now need a result against St Helens next week to stand any chance of making the play-offs.

Trueman, who has excellently steered the Tigers around the pitch without Luke Gale, put on the best performance of his career. His three tries were complimented by a try-saving effort on impressive Hull FC sub Tevita Satae, a number of assists and an impeccable performance with the boot.

Cheyse Blair had bagged his first try for the club before Trueman scored two quickfire tries to give the Tigers an 18-0 lead, which Jamie Ellis extended with a penalty goal.

Masi Matongo scored under the sticks before the break to give Hull hope, but Trueman completed his hat-trick two minutes after the restart to restore the Tigers’ 20 point cushion.

Hull would strike back through Jack Logan’s long-distance effort despite Jamie Shaul being in the sin-bin, but Cas wrapped the game up as James Clare, Jordan Rankin and Matt Cook all scored.